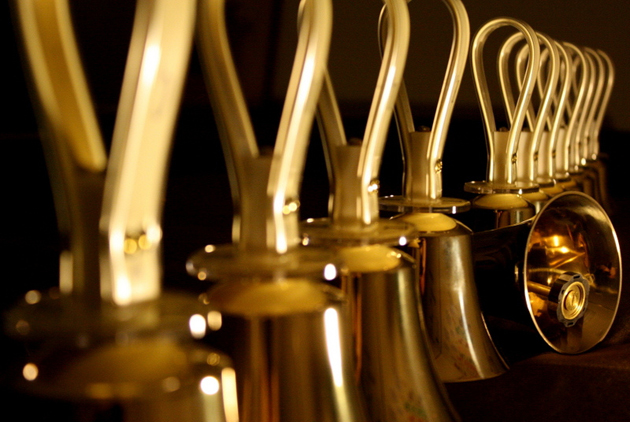 Harvington Handbell Ringers are members of the Handbell Ringers of Great Britain and also the Heart of England Handbell Society. They were formed out of the original St Matthews Handbell Ringers of Salford Priors but since 2005 have used the current title and as a musical group have gone from strength to strength. The group also liaise with the local primary school and run a handbell club.
In their performances the ringers use a 3 octave set of (37) Whitechapel handbells using "in hand" method of ringing rather than "off the table". The team have a busy workload throughout the year with rallies, concerts and weddings and look forward to taking part in the fringe events in this year’s festival of music.

Vale Harmony is the performing title of Pershore Barbershop Harmony Club, a men`s chorus that sings " a capella", that is, unaccompanied by any instrument, in four part, close harmonies  of popular songs.
Formed in the Nineteen seventies, the club meets to rehearse at Fladbury Village Hall every Wednesday evening.  The chorus has entertained audiences locally for many years, regularly raising funds for charities, Vale Harmony has also entered choir competitions, local and national, with some degree of success. most recently, winning the competition for Open Choirs at Worcester Arts Festival. 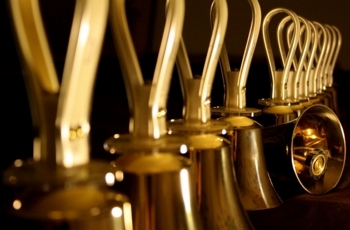